Fighting White Collar Crime and Abuse of Power can be Very Profitable! 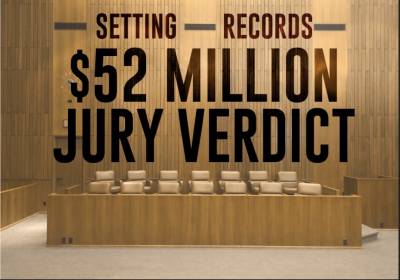 As the Lighthouse Law Club is actively engaged in the arena fighting for truth and justice with the same verve as a gladiator would be, fighting for his life in the coliseum, not only have we put together the strategic and tactical teams to have a truly strong prospect for success, but we've also found a formula to not only achieve justice against corporate fraudsters, racketeers and criminal imposters posing as public servants, but we've developed a simple system to make it very profitable for those who wish to support the cause.

By now you are likely well aware of our crusade against the fraud in banking.  If not see our YouTube channel.  The 'Run Bankers Run' series is our battle cry.

Our tactical team and others like them across the nation have taken the battle to the enemy and are achieving  some very serious results.  See the previous blog post for details on that (scroll down).

In addition to the mortgage fraud, good hardworking people are being financially raped, pillaged, abused and jailed by the very same bankers and their minions in the courts and their municipal corporate enforcers.   People in this unsavory position have substantial claims they could make but rarely do.  By the time the government gets through pillaging and fleecing the people in the private realm, the victims are often destitute and ill prepared to go up against 'the machine'.

This is where the Lighthouse comes in to play.  Our tactical teams have the knowledge the tools and the ammunition to take the fight to the perpetrators and hold them accountable to their own laws and do it on their own turf.   We are the visitors coming in to whoop up on the home team.  But one problem still exists...

Our tactical teams have certain financial requirements to meet to make things work.  And this is a difficult obstacle for most.  After being ravaged by the bankers minions the victims often have little to no funds to fuel the battle.  Tanks and heavy artillery need fuel  and supplies to move on to the enemy territory and take the spoils of war.

To not only solve this problem for truth and justice and to help our fellow wounded brothers in arms, but also to provide a mechanism to help share the spoils of our victories members of the Lighthouse have formed a 'Members Only Investment Club'  to provide the financial fuel to get the tanks and artillery moving.

Here's a hypothetical illustration for us to look at in considering the possibilities;

Let's say it takes a year to prepare the case, file it and get to a court award.  That court award can be sold like an accounts receivable to an investor such as a factoring company, hedge fund or other investor.  A 10% to 20% discount would be reasonable in this instance.

On the other hand, to cash out more quickly than going to trial, it's very feasible that the defendants could offer an out of court settlement. This could easily happen in six months or less which is entirely possible.

These numbers would represent 25,000% return on investment (250:1) and based on simple interest 12 month amortization schedule would equate to 2,083% monthly gain over 12 months.

Where else would we find a two thousand percent monthly gain ?

And if we invested in 3 cases to increase our odds of winning and only 1 case paid off, we're still looking at a monthly average profit of almost 700%. If all three paid off?

I think that's better than Bitcoin!

Who wants to be a part?

Available to constitutional commando membership level or above.

* . Hypothetical illustration based on the given presumptions.  There are no guarantees, promises or expectations offered or given.

See the MEMBERSHIP > JOIN page above to explore membership.