How Can Smart Business People be so Stupid?

This important article is a WARNING to Everyone! 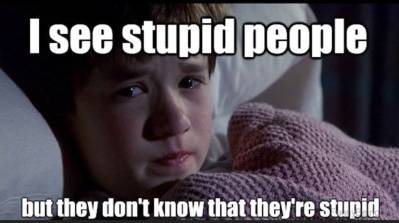 Let me start by saying that I've done some stupid things in my life and have paid a heavy price for my stupidity.  This article is written to help you avoid having to pay that heavy price which others are paying every day for not being aware of what you are about to read and know.  So In order to establish a base of understanding, let's start this article with some facts which should be 'given' and are pretty much accepted as universal common knowledge, shall we?  Surely I'm going to offend some people but that's fine.  Perhaps it needs to happen.

1.  Government is NOT here to help you

2.  Governments are bankrupt and seeking funds from wherever they can find them

3.  The IRS, Inland Revenue, HMRC or your local Tax Office do not follow the law

4.  Banks do NOT demand due process or proper paperwork before giving foreign agents full access to your bank accounts on a whim.  They roll over like puppies looking for a belly rub from their master.

5.  Attorneys work for the Crown not you! (BAR = British Accredited Registry)

6.  The Crown's right-hand consists of the bankers like hungry dogs on a leash chomping at the bit to be let loose.

7.  The courts provide the playing field (slaughterhouse) and collection agency for the BAR, the Crown and the bankers.

...and this is where massive ignorance and stupidity come into play....

8... And despite this common knowledge, People still think that their money is 'safe in the bank'!

Nearly the entire free world which has the opportunity to participate in 'Free Enterprise' is chasing the Holy Grail of success and financial security.  The free world offers numerous stellar examples of rags to riches stories.  These stories almost never happen without an intense commitment of blood, sweat and tears along with directed and focused energy in building these empires.  The cost in time and energy are almost immeasurable when you look at the years of sacrifice that go into such successes.   These are truly inspirational stories of accomplishment.

And even in your hometown, you know stories of the local kid who 'done good' to one degree or another!   Perhaps you are one of those examples.  If so, this article is intended for you more than anyone.

So then why is it that we so often hear of someone's rise to the pinnacle of success, only to hear that after years of making the climb, they somehow get crossways with some government agency and lose it all?   Everything!  They go from multi-millionaire to almost 'refugee' status

In view of the above, let's look at some absolutely brilliantly successful business people who had the world at their feet after building an empire, only to lose it all due to frightening ignorance if not downright stupidity!

Matt had built a fantastic business empire selling business training online in his business known as 'MOBE' (My Own Business Education).  He has created numerous other millionaires who were consultants in his program.  These were people, many of whom started with little to nothing, who followed his program and with hard work, learned how to manage an internet business and became very successful in their own right.  MOBE had paid out more than $100 million in commissions to its consultants and just this year Matt bought his own private island in the south pacific to develop a global training center and resort.

Matt surely knew or should have known, about the given factors 1-7 above.  Fast forward to June of this year and we see that the FTC came in without warning, without due process, without any Notice & Grace to correct anything, and just flat out shut them down putting thousands of successful people out of business.

MOBE was a profitable livelihood for thousands of people who will all suffer.  The fact that they were shut down is bad enough, but to the point of this article, messages have been distributed through various MOBE networks that Matt was 'accepting donations' for legal expenses.  What does that tell you?  All of his accounts were seized.   When he went to bed the night before he was a multi-millionaire.  When he woke up the next day, he was virtually penniless.  Just like that!  This multi millionaire with his own private island all of a sudden had no money left to pay his own legal team to fight back.

That's what they do.  When they see you as a 'ripe target' with something to steal, they strip you bare financially to 'get the goods' and then you have nothing to fight back with no matter how egregiously criminal the process was.  Let that be a word to the wise.  This is standard operating procedure.  And a key point for you to understand is, that you don't have to do anything wrong!  Governments are hungry for cash and they're going after it wherever they can find it.  This is no small point.  The courts have become nothing but organized racketeering enterprises.

People who refuse to recognize this are the willing victims.  This is the price of ignorance.

I have personal friends who have been in the truth and freedom movement since the 90's.  They have seen first hand how corrupt and underhanded government agents can be when they're trying to score career points by being a good collector in gathering spoils for the Queen.

One such friend of mine had been very successful in accumulating millions in assets when he got legally attacked for purely political and financial reasons.  When discussing the matter of asset protection vis-a-vis his legal case which was already in process, his attorneys advised him:  "Nothing to worry about.  They'd never do that!"

For some strange reason, my friend had a serious case of brain flatulence that day and he accepted what the attorneys told him.  Shortly thereafter,  large sums in his accounts and his other assets were seized leaving nothing but a crooked public defender who was in on the game, to defend him against bogus charges which could have resulted in a virtual life sentence had he gone down on a case which was completely fabricated.  The issue is still not resolved and he's currently living month to month with the help of some friends.  Meanwhile, his multi-million dollar business is destroyed and he's virtually penniless.  So much for listening to attorneys!

So, just in case you are naive, or shall I say, 'misinformed' and thinking that these are just isolated cases and these guys probably deserved what they got, perhaps you should see what's going on in the rest of the world.  Click Here for an endless list of examples of just what I'm talking about.  Before you do that though, I recommend going to get your valium.

So then, now that you've been properly informed on what's going on in this world, you can no longer claim 'Ignorance'... "Well I didn't know...!"  From this point forward, should this ever happen to you, it would be based on nothing short of willful stupidity.  Sorry, but those are just the facts, maam!  That would be your choice.

Prudence and intelligence would dictate that once someone is aware of a substantial risk, that they take pro-active measures to control or mitigate that risk.

It is for these people who have the awareness and vision to steer clear of the potential danger that we have created our 'Alternative to Traditional Banking.

The primary purpose of our GLOBAL ENTREPRENEUR membership level is to provide you with a safe and very private haven and toolkit to use in keeping your business and finances free and safe from the CROWN, the BAR, and their endless teams of collectors and enforcers.

For a full training and due diligence on these issues, I can highly recommend this series of training videos:  Privatebusiness.biz

Do your research, make your plan and put it into play.

It's not so easy to make money and build an empire.
But it's extremely easy to lose it!

Get Started with Your Global Entrepreneur Membership Today! 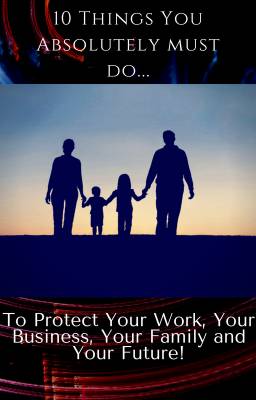