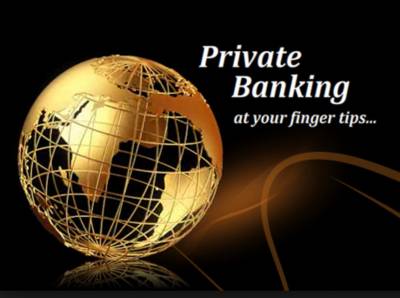 Bitcoin continues to set almost daily price records. It closed yesterday at $6,953.58/BTC. Indeed, since the beginning of 2017, the price of bitcoin has more than quadrupled.

Your friendly Big Brother is watching this price momentum. And he’s aware that the long-term success of cryptocurrencies like bitcoin threatens the foundations of the nation-state.

Here in the “land of the free,” the Securities & Exchange Commission (SEC) declared in July that “initial coin offering” (ICO) investments are subject to securities regulations. (An ICO is an investment in an asset based on the “blockchain,” which is the mathematical underpinning of bitcoin and all other cryptocurrencies.) The SEC has also filed fraud charges against a purported bitcoin trading platform, suspended trading in a publicly listed bitcoin firm, and rejected the first application for a bitcoin ETF.

The SEC isn’t the only federal agency attacking cryptocurrencies. At the end of 2016, the IRS issued a “John Doe summons” against Coinbase, the largest cryptocurrency exchange in the US. In a John Doe summons, the IRS doesn’t know of any particular individual evading tax, so it demands to see everyone’s records. The IRS suspects that Coinbase users are evading tax with cryptocurrency transactions. The summons demanded that Coinbase provide complete transaction records for all users between 2013 and 2015.

But for sheer overkill, it’s hard to beat the proposed legislation introduced in the Senate to crack down on the international movement of cryptocurrencies. The legislation would expand the definition of “monetary instruments” that must be reported when crossing a US border to include any “prepaid access device.”

If this bill is enacted, you’ll need to add up the value of prepaid debit cards, gift cards, prepaid phones, and prepaid coupons before you cross a US border. Not to mention accounts in any cryptocurrency. If the aggregate value exceeds $10,000, you’ll need to report all your holdings to the Feds.

What’s more, if you’re arrested for failing to comply with the new rules, the proposal would allow the government to file a secret motion for a restraining order that would freeze any account you own. Not just cryptocurrency accounts – any financial account could be frozen. Even your safe deposit box could be cleaned out. The restraining order could be extended indefinitely.

China has been restricting bitcoin in stages. In 2013, it restricted banks from using bitcoin. They could no longer convert the national currency, the renminbi, to bitcoin, or vice-versa. Then two months ago, China banned ICOs. And just last week, China completed the process of shutting down all domestic cryptocurrency exchanges.

What has governments so upset about cryptocurrencies? Rather than try to answer this question myself, I’ll quote Christine Lagarde, the managing director of the International Monetary Fund, a true heavyweight in the global banking establishment. In a recent speech, Lagarde speculates that blockchain technologies could replace national currencies and conventional financial intermediation. She said blockchain technology "puts a question mark on the fractional [reserve] banking model we know today."

It’s easy to understand why Lagarde feels this way. Unlike traditional currencies, bitcoin and other cryptocurrencies aren’t created out of thin air by a central bank engaged in “quantitative easing” or similar operations. Instead, they’re produced using computing power on distributed networks in a process called mining.

The rules that make bitcoin work (the protocol) limit the number of bitcoins that will ever be mined to 21 million. That means it’s impossible to debase or otherwise manipulate bitcoin value.

Cryptocurrencies like bitcoin are also decentralized. No central bank or other authority oversees operations. That means no central authority can “bail-in” a cryptocurrency. For instance, it would be impossible to do with bitcoin what the European Central Bank did to bank deposits in Cyprus in 2013. The Cyprus bail-in cost depositors up to 100% of the value of their uninsured bank accounts.

What’s more, since transactions are peer-to-peer (between individual users – not through a central authority), they’re far more private than transactions made through a bank. The transactions are functionally anonymous. Because of the blockchain, the details are traceable, but the identities of the persons involved are not.

It’s no wonder governments fear the bitcoin phenomenon. They risk not only losing control of their fiat currencies, but also losing their ability to force contributions (i.e., taxes) from residents. And the pushback from the powers-that-be has only begun.

Banks will applaud the crackdown, because the peer-to-peer model of cryptocurrency eliminates the need for a middleman, which traditionally has been a bank.

While some countries have pursued an outright ban on cryptocurrencies, the blockchain model is so revolutionary that many governments will opt for a more nuanced approach. A largely overlooked announcement from Russian President Vladimir Putin may pave the way. Putin has proposed a government-run blockchain-based cryptocurrency dubbed the “CryptoRuble.” Regular rubles could be exchanged for CryptoRubles anytime, with a 13% tax imposed on buying or selling them.

In the US, an official from the Federal Reserve Bank of St. Louis has proposed an initiative called “Fedcoin.” It would be a peer-to-peer payment system where you can send US dollars to anyone else. But the Fed would oversee all transactions, just as it does now. And it would still be free to exercise measures of what the IMF calls “financial repression” such as negative interest rates.

However, government-controlled cryptocurrencies are a poor substitute for the real thing.. And without a global ban on cryptocurrency transactions, it’s hard to see how restrictions or outright bans will be enforced.

For instance, shortly after China banned mainland residents from using cryptocurrency exchanges, Chinese blockchain developers set up shop in other countries. And in Ecuador, where cryptocurrencies were banned in 2014, the prohibition only moved transactions to the black market. The bitcoin price in Quito, the capital of Ecuador, is only about $200 above the market rate in countries where it’s legal.

In the meantime, the price of bitcoin keeps rising. If it’s a bubble, it’s certainly a long-lasting one. Only time will tell whether it’s sustainable – and how Big Brother will ultimately react to its success.

You can rest assured that any activity that appears to be 'Free' from control, supervision and distraint, will be looked at closely by your Big Brother.  This is why we're keeping one step ahead of the game by implementing our Private Asset Management system (PAMS).  Privacy never looked so good!