Beating the Bankers and their Fraud 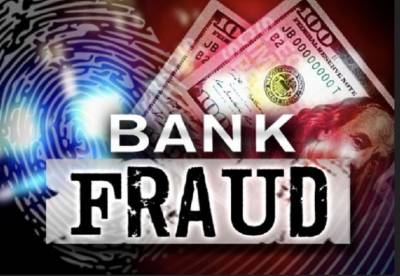 By now, surely you are aware of our video series 'Run Bankers Run'.  We're actively exposing the fraud in banking, mortgages and the finance system in general to the public and also in some very specific cases.


Our members are getting intensive guidance and support in the effort to not only expose the fraud which exists in their so called 'debt obligations', but also we are taking the bankers to task.  Our specialists have perfected the approach to go after these criminals in court.  We are winning!   And those members who have the guts and the diligence with the wherewithal to mount an attack, are being handsomely rewarded.

By exposing bank fraud on your mortgage or other debt, not only do you get the court to order that underlying note, contract or finance agreement 'NULL AND VOID' (no more payments) but you have incurred some significant damages and you're entitled to damages.   You know the story.

But don't take it from me.  Let me share some actual case histories which have made the news.  The fraud is coming out into the public.  The obvious conclusion is to JOIN the Lighthouse Law Club, go on the attack, and put those criminal bankers cowering in the corner where they belong.

Repeat this to yourself throughout the rest of the day today: "Debt Free. It could be me!"

Bank of America pays $46 million in damages for foreclosure fraud and abuse.

Florida Couple Wins Appeal After House is Foreclosed and Sold

If you have a mortgage issued by a national bank or mortgage company which has been packaged, securitized and sold, you can bet dollars to donuts that there is fraud involved and you may be entitled to nullification of that mortgage (no more payments for your free and clear home) and quite possibly millions in damages.

If you'd like to explore that, JOIN the Lighthouse Law Club as a Constitutional Commando member and we can help you explore that.

Full Disclosure:  You will need to engage the services of our recommended outside specialists who are highly proficient and successful in what they do.   They will have fees above and beyond the Lighthouse Membership.  In that regard,  Consider the fact that you will NOT need to hire an attorney who could easily charge a $15,000 to $20,000 retainer to take on a complicated case.  PLUS, during the process of going after fraud in litigating a case, you will NOT need to be making payments every month for possibly up to a year or two while the case is proceeding.

Note:  You do not need to be in foreclosure to do this.  Fraudulent mortgages in good standing are 'Fair Game' for legal attack!

“Security against defeat implies defensive tactics;  (But) the ability to defeat the enemy means taking the offensive.”    –Sun Tzu, The Art of War